Bavaria, Germany might be the most beautiful, refreshing place I’ve visited, from lemon-flavored Radler in Munich to panoramic views from The Eagle’s Nest in Berchtesgaden to the countryside ride home.

Classic German architecture mixes with modern buildings in downtown Munich, and it’s a symbolic clash of old and new German culture. Businessmen stroll the sidewalk in line with people donning traditional lederhosen. According to my favorite biographical text, My Father’s Keeper, many children of infamous Nazi leaders still live here. Be sure to stop by the original Hofbräuhaus, where beer has been brewed since 1592! 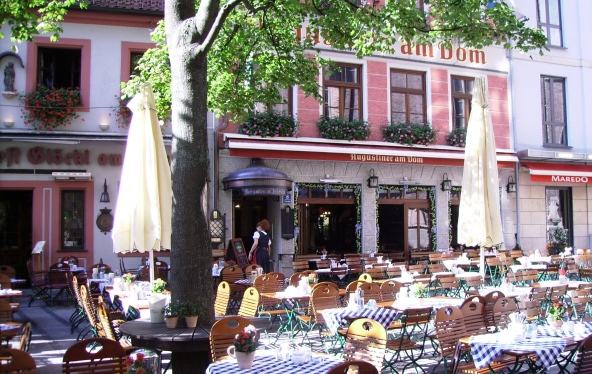 Street-side cafes are welcoming on this sunny day! 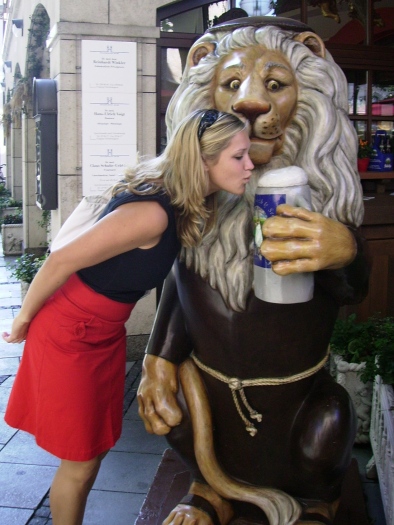 A Munich visit isn’t complete without a stop at Hofbräuhaus! 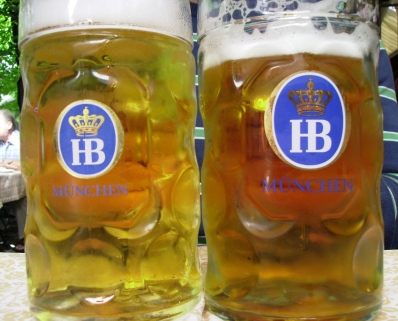 Mmmm, Radler is my favorite – so refreshing!

It’s difficult to believe that terror of World War II occurred in such a beautiful place, yet Dachau concentration camp memorial and remnants of Nazi barracks in Obersalzberg stand as reminders.

Amazing how many camps existed across Europe.

“Work will set you free.” This is the main gate to Dachau.

The Eagle’s Nest was designed by Martin Bormann to be Adolf Hitler’s 50th birthday present. Hitler visited only a few times, but this architectural masterpiece symbolizes power of the Nazi Party. Campgrounds at the base of the mountain offer a nice view of The Nest from below, and a breathtaking panoramic view is found at the peak.

Nothing like sleeping under the stars in fresh country air! 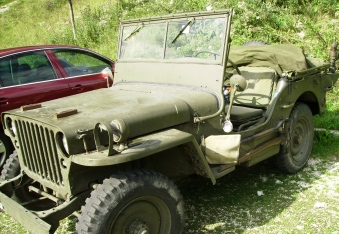 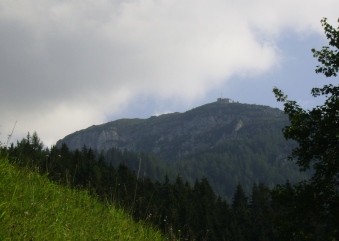 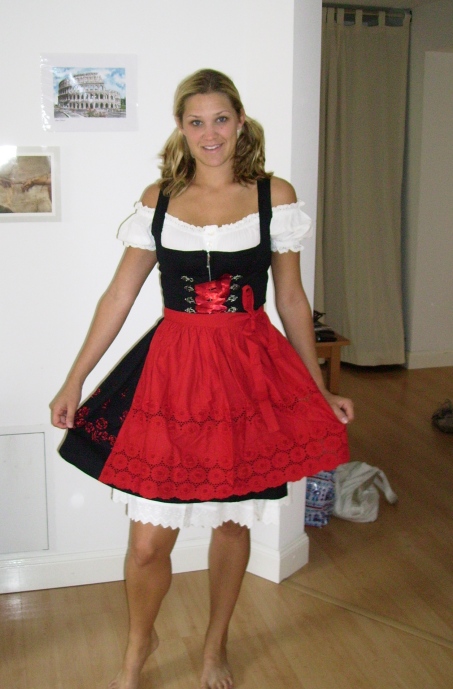 American liberators left their mark on the underground barracks in 1945. 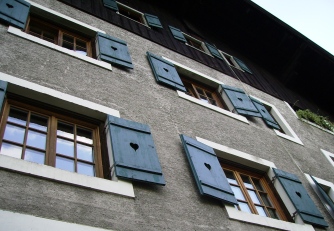 Love is in the… architecture?!

The view from our “luxury tent” is awesome. 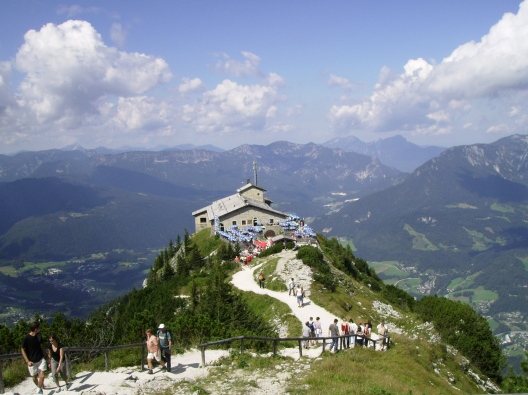 Famous for deep-rooted traditions, this picturesque town is well-worth a stop. Hand-carved wooden crucifixes, trinkets and cuckoo clocks have been crafted her since the 1600’s. In the 1630’s the villagers vowed to perform The Passion Play every ten years if their town survived the bubonic plague, and locals still fulfill the promise.

When my family stayed in Oberammergau’s Hotel Wolf in 2001, we spent a day bicycling from one small town, through the Black Forrest, to another. I sailed through the breeze, scent of pine and flowers whirling about, and imagined we were riding through the woods to Grandma’s house like Red Riding Hood. This was one of many instances when I would have gladly traded a modern lifestyle and its technology for a more simple existence.

Woodworking is a longtime point of pride here.

cuckoo clocks were first created in the Black Forrest of Bavaria during the 1600’s.

Oberammergau is a little-known village, great for a quiet getaway.

Driving through the Bavarian countryside, windows down, I’m thinking once again: would I be happier to lose sight of a metropolitan future in favor of a more simple life?